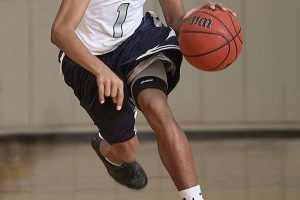 Written by John Corr, Personal trainer and one of the owners at fitnessworxgym!

Plyometric exercises are used to increase explosive power, by means of the stretch-shortening cycle (SSC). A SSC is a rapid coupling between an eccentric and concentric muscle action.

Plyometric training is highly effective, with the advantage of requiring reduced physical space, time, and equipment to complete the training sessions.

The landing surface where plyometric training takes place has been poorly studied.

A study published in the Journal of Strength & Conditioning Research October 2013 investigated plyometric volume and training surface and their effects on explosive strength. The findings are summarised as follows;

High training volume led to a significant increase in explosive performance requiring fast SSC actions compared with what was observed after a moderate training volume.

After 7 weeks of plyometric training, performance enhancements in actions requiring maximal strength and fast SSC were dependent on the training surface and training volume.

The study indicates that when moderate volume is used during plyometric training, a hard training surface would be needed if adaptations in fast SSC muscle actions, or reactive strength, are an important objective of training.

The data suggests that, compared to a high plyometric training volume completed on a soft surface (athletic mat), using a moderate plyometric training volume on a hard surface (wood gymnasium floor) would double the efficiency of adaptations in reactive strength. In others words, a high volume of training would not be necessary to induce reactive strength adaptations when a hard landing surface is used.

Its important here to stress that these results do not support the notion of “more is better”. Using a harder surface, and lower plyometric training volume, significant (and time saving) explosive strength adaptations can be achieved.

Concern has often been expressed by researchers with regard to the training surface used during plyometric training because of its speculated high harm or injury risk. To the best of my knowledge, when controlled (monitored/supervised) plyometric training takes place, no significant injuries have been reported. In fact, plyometric training had been advocated as a preventive injury strategy and even as a rehabilitation tool.

Learning to jump and to land

It is advisable to follow a progression when it comes to teaching jumps and subsequently plyometric training. I would advise starting with relatively uncomplicated single effort jumps, with emphasis on landing technique, monitoring ankles, knees, hips and torso. Athletes should learn to land softly and in a stable athletic ready position before being progressed to more complex types of jumps and/or plyometric exercises.

Fitnessworx Gym is located in Tramore Rd, Ballyphehane, Cork. We offer high quality personal training from renowned trainers. Our highly qualified class instructors are the best in the business. With all memberships there is the added bonus of a free fitness assessment and programme, which includes nutritional advice, weigh in and a programme designed specially for your needs. Members can also avail of great discounts on classes including TRX, Kettlebells, Boxercise and Spinning.
View all posts by admin →

Our highly qualified Class Instructors are the best in the business. With all memberships there is the added bonus of a free fitness assessment and programme, which includes nutritional advice, weigh in and a programme designed specially for your needs.