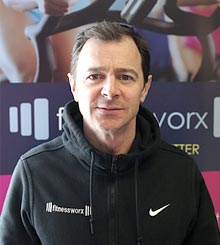 BSc. MSc. is a co-owner of Fitnessworx gym.

John holds a Bachelors Degree and a Masters Degree in Sports Science and is also a qualified Sports Therapist.

John is a lecturer at third level, specialising in “Speed Development”. His daily work involves movement screening, strength, power and speed development programming for athletes across a range of levels and ages, from high performance to youth club level participants. 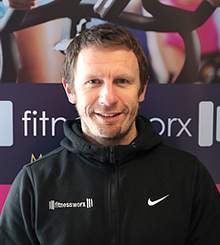 Starting as a gym trainer in 1997, I have worked at developing my skills continually so to stay on top of my game. In 2005 I joined the Russian Kettlebell Course which turned my focus into the new era of training and movement. In 2010 I fulfilled the FMS (Functional Training Systems) qualifications and followed the route ion “Exercise as Medicine” in relation to helping individuals and teams sort out their injury problems and attain better movement in the process.

Most of my work involves referrals from physiotherapist, sports physicians and GPs. 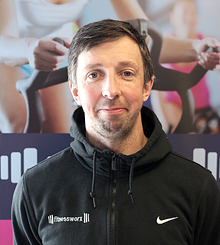 Colm Crowley is a massage therapist and personal trainer. He has worked with all sports from professional cyclists to team sports. For the last 3 years he has done the strength and conditioning with the Cork under 17’s and under 18’s football teams.

Previous to this he has worked with the Cork senior football and under 21’s hurling teams.

Our highly qualified Class Instructors are the best in the business. With all memberships there is the added bonus of a free fitness assessment and programme, which includes nutritional advice, weigh in and a programme designed specially for your needs.